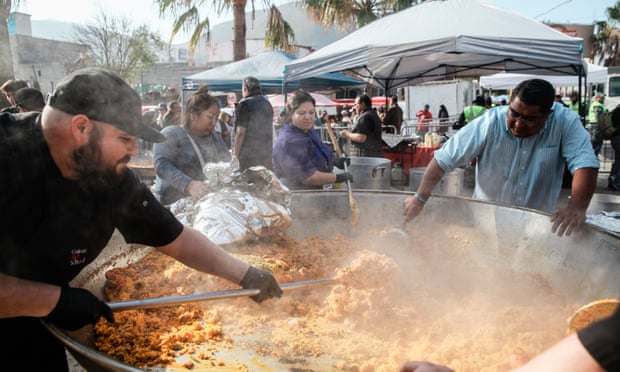 "For us Christmas means tamales," said Orbelina Orellana, mixing a cauldron of ingredients with a large wooden ladle.

In the background, punta music, from Honduras's northern coast, played from a cellphone lying next to a pile of banana leaves that would later be used to wrap the traditional corn dish. "It's more than food: it's family, it's home, it's love, it's us."

Orellana is one of the thousands of Central Americans who arrived in Tijuana, just south of US border with the US state of California, in November. She came with the caravan of migrants and refugees who are spending their Christmas thousands of miles from home, in limbo, many of whom are unsure if or when they will ever make it into the US.

In preparation for 24 December, when Latin America celebrates Christmas, Orellana and three other women made 2,000 Honduran tamales in an empty dirt-floor lot with cinderblock walls, just around the corner from the old outdoor concert venue that is housing more than 1,200 caravan members.

"We wanted our new caravan family to be able to have our traditions. But being here is hard. I know my son and two daughters are sad right now. I keep reminding myself I'm here for their future," Orellana, 26, says as she stirs, remembering her children back in Honduras. "They're all pretty reserved kids, but on Christmas, they love to dance. I'll miss that." 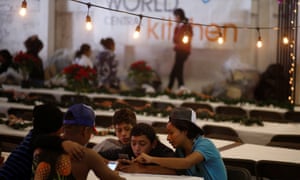 Migrants, part of a caravan of thousands from Central America trying to reach the United States, celebrate Christmas, at a temporary shelter in Tijuana, Mexico, on 24 December. Photograph: Mohammed Salem/Reuters

Throughout Tijuana, volunteers and organizations from around the city and across the border have also been doing their best to inspire holiday spirits.

In front of the camp on Saturday, 25 cooks organized by chef Armando Rodiel were preparing Christmas paella for the migrants over wood stoves – a feat that required 1,600 pounds of chicken and pork, 800 pounds of rice, 400 pounds of olive oil, three weeks of planning and one specially ordered seven-foot-wide paella pan. 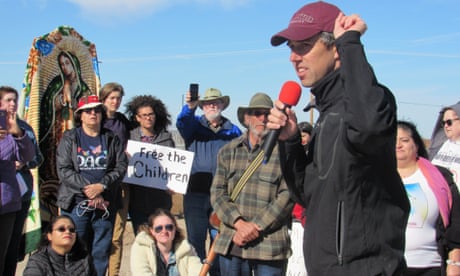 The previous day, church groups from San Diego came to perform a mass for families and prayed over a group of men who lined up between the tents that have become their homes. A meal of egg strata and roasted carrots prepared by chef José Andrés's organization, World Central Kitchen, was served before mariachis performed. A small group of barbers and pedicurists from Berkeley, California, came down to offer grooming before the big day.