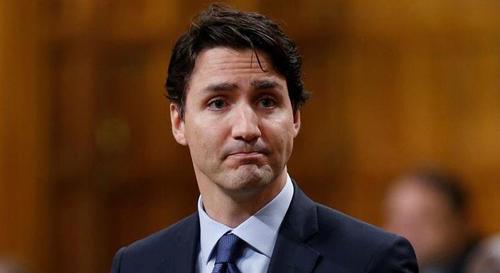 To wit, during an end-of-year interview with Global News, the Canadian leader accused President Trump's 'racist' immigration policies of provoking a worsening immigration crisis in Canada, as more immigrants seek to flee north, fearing a 'hostile, anti-refugee' climate in the US. When asked what he believes is to blame for the worsening crisis, which this year led to the Canadian government putting asylum applicants up in 3 star hotels after shelters - including one in a stadium in Montreal - filled to capacity, Trudeau said it was Trump's policies, not Trudeau's infamous 2017 tweet advising migrants that Canada would offer safe harbor to anybody fleeing persecution, that inspired thousands of migrants to flee north from the US into Canada.

Migrants are choosing to flee the US for a reason, Trudeau said - and not because of a silly tweet. Put another way: Trump's tweets are to blame, not Trudeau's, for inspiring some 35,000 migrants to cross into Canada at "unofficial" entry points along the US-Canada border.

"If people are in the midst of migration around the world right now, it's not because of a tweet restating - almost word for word - Canadian policy on refuges, because that's exactly what it was," he said in a year-end interview with the West Block's Mercedes Stephenson.