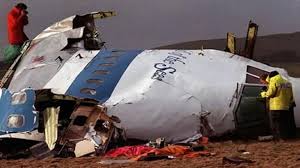 A man suspected of planting the Lockerbie bomb has been discovered living in a suburban town in Washington DC under a different name.

Once allegedly identified as Abu Elias, the Syrian-born American father claimed it was 'complete lies' that he was involved in the terror attack that killed 270 people 30 years ago.

Elias hit out at former Cold War spy and author Douglas Boyd who claimed Libyan Abdelbaset al-Megrah - the man convicted of the attack - was falsely imprisoned.

And the suspect, who lives 20 miles from the ­Lockerbie Cairn Memorial at Washington, told the Daily Mirror he was innocent.