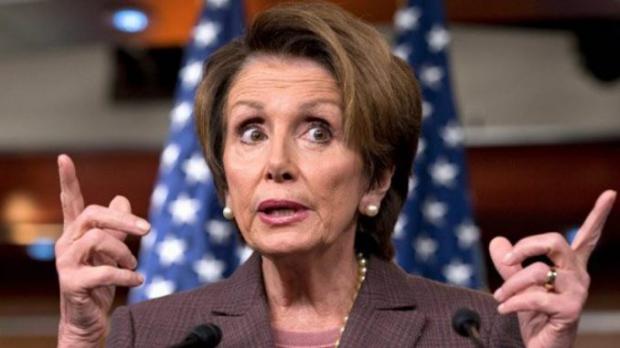 Leave it to Nancy Pelosi and the Democrats to ride a dead horse going into assuming the House majority.  According to the Speaker-presumptive Pelosi, Democrats are aiming at the right of citizens to keep and bear arms almost immediately when the new session begins by creating a mandatory "universal background check" for all gun sales.  Despite the federal government already infringing on the Second Amendment by implementing unconstitutional background checks for gun sales, Democrats can't resist but to somehow put their spin on something that already exists.

According to the Western Journal:

Democrats will take aim at gun rights once they take power in the House next year, according to Speaker-designate Nancy Pelosi.

" … (T)he new Democratic Majority will act boldly and decisively to ensure that no other family must endure the pain caused by gun violence," the California Democrat said Friday, in a statement marking the sixth anniversary of the Sandy Hook Elementary School shooting in Newtown, Connecticut.

What Democrats are billing as a measure to create universal background checks will be introduced early in next year's sessions, said California Democratic Rep. Mike Thompson, according to Politico.

"It will be strong legislation to expand background checks, and I will have a very respectful show" of co-sponsors, Thompson said. "I think you will see it happen in the first 100 days."

Thompson said his bill requires federal background checks on every gun sale, including private deals, with some exemptions for transfers among family members.