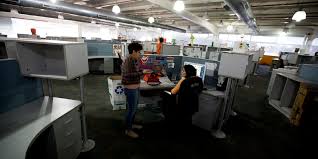 El Nacional, one of the few remaining independent media outlets in Venezuela, ceased print publication last week after the government choked off access to paper. The newspaper earned official ire with its long opposition to socialist strongman, Hugo Chavez, and his successor, Nicolas Maduro, as their rule became increasingly totalitarian. While El Nacional plans to continue to publish online, the end of its print edition is bad news for Venezuelans who value dissenting voices and truthful information.

If there's any silver lining it's that Venezuela provides a valuable lesson for that rising tide of Americans who think they've found a shiny new toy in a system for forcibly organizing society that keeps promising utopia, but instead delivers starvation and brutality through centralized control of the economy.

"El Nacional was one of the few politically independent newspapers that continued to publish despite the Maduro regime's pressures to silence its coverage of Venezuelan reality," the Miami Herald noted in its report on the newspaper's difficulties.

Venezuela's socialist regime has been tightening the screws on journalists and critics for years, using law, regulation, and pure brute force to silence anybody who might oppose or merely embarrass rulers.

"For more than a decade, the government has expanded and abused its power to regulate media and has worked aggressively to reduce the number of dissenting media outlets," Human Rights Watch reports about conditions in the country. "Existing laws grant the government power to suspend or revoke concessions to private media if 'convenient for the interests of the nation,' allow for arbitrary suspension of websites for the vaguely defined offense of 'incitement,' and criminalize expression of 'disrespect' for high government officials."

That yet another socialist government seems unable to tolerate criticism should surprise absolutely nobody. Collectivist societies emphasize the group, and those who would lead the group deeply resent those who would stand apart.

"Because socialist society aspires to be a good society, all its decisions and opinions are inescapably invested with moral import. Every disagreement with them, every argument for alternative policies, every nay-saying voice therefore raises into question the moral validity of the existing government, not merely its competence in directing activities that have no particular moral significance," wrote widely read socialist economist Robert Heilbroner in a 1978 article in Dissent. "Dissents and disagreements thereby smack of heresy in a manner lacking from societies in which expediency and not morality rules the roost."

Importantly, El Nacional continued publishing through violent attacks on its staff and facilities by pro-government colectivos who frequently bash the heads of those who would speak heresy against the powers-that-be. What did in the newspaper was the economic power that socialist governments exercise through their centralized control over buying, selling, and the means of production.

"The immediate reason for halting the presses is the lack of printing paper," reported Deutsche Welle. "In Venezuela, importing paper requires a special permission by the government. Several smaller newspapers have already been forced to suspend print."

Having nationalized the telecommunications giant, Cantv, Venezuela's government exercises similar control over online information. While officials haven't been shy about censoring, fining, and assaulting journalists, concentrating economic power in the state may well be the most effective weapon for silencing independent voices. This, also, is not a surprise to anybody paying attention.