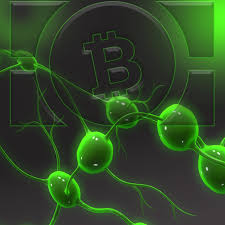 On Friday, Openbazaar and Bchd developer, Chris Pacia, revealed a new Bchd project feature currently in the making that would allow for Bitcoin Cash-based bi-directional payment channels. Moreover, in contrast to the Lightning Network, the Bchd developers explained that the team has created an overlay network based on the Inter-Planetary File System (IPFS).

A Generic Overlay Network Based on IPFS Built for Bitcoin Cash

The Bchd developer Chris Pacia has published a Medium post explaining a new bi-directional payment channel protocol for the Bitcoin Cash (BCH) network which they hope will be complete by early next year.

Pacia and fellow contributors at the Bchd project just recently published the client's library and wallet. The following day, the programmers released the Neutrino wallet which can enhance BCH privacy. Bi-directional payment channels are used in unison with the Bitcoin Core (BTC) network which allows the Lightning Network (LN) participants to exchange micropayments. However, some people consider LN not very user-friendly and others have criticized its security due to routing complications. Instead, the programmers built a generic overlay network based on IPFS's libp2p. IPFS is a network that enables a more decentralized peer-to-peer method of allocating hypermedia in a distributed fashion.

The open source Gcash overlay implementation, which is based on the modular network stack Libp2p, can be found on Github. According to Pacia, it offers features like extensible peer identities, encrypted and authenticated connections, protocol multiplexing, stream multiplexing, and distributed hashtable technology (DHT) techniques. The Gcash overlay section of the repository states that "using the overlay network in your app is dirt simple." Further, the applications that could benefit from this type of overlay connection would be peer-to-peer gambling apps, atomic swap protocols, coin mixers, wallet-to-wallet communication, and basic payment channel protocols. There will also be Tor integration and at the moment Bchd developers need to connect Tor as an optional transport.

Where Crypto Investors Should Move and How