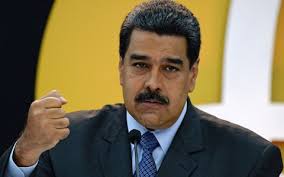 Kentucky Fried Chicken was rumored to be the latest fast-food restaurant in Venezuela to accept Dash cryptocurrency for payment.

(Actually, KFC denies these claims, but then Church's Chicken stepped up to the plate and announced it will accept the tokens.)

Why Dash? Because the cost of a chicken now exceeds $14 million bolivars, the Venezuelan currency.

Hyperinflation in the socialist country has caused the currency to lose about 99% of its value since last year… And even then it had already been through years of hyperinflation.

Venezuela actually introduced its own digital token called the Petro in an attempt to save the collapsing economy.

The currency is allegedly backed by the country's oil and mineral reserves. But there is so little confidence in the government of Venezuela that many doubt that the currency will ever actually function as anything other than yet another fiat currency–if it functions at all.

Because of this, the Petro has dropped to a value of just 1.8 cents each, from a January high of 8 cents, just after it was launched.

But if you'll recall, January was when almost all cryptocurrencies reached their peak.

And in fact, Dash has fallen by a larger percentage than the Petro. Dash reached over $1,500 in January and is now valued at just $64.

So Venezuelans have been absolutely screwed by the country's fiat currency.