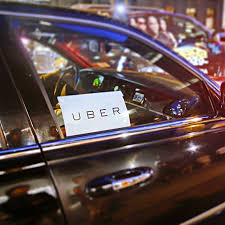 In Thursday's installment of The Daily, we report on a highly anticipated stablecoin project that's failed before it's even launched, and explore the strangely centralized world of crypto Twitter. First though, we'll start with the news that a third party app has made it possible to pay for your Uber ride using BTC. Fold, an app dedicated to making it easy to spend BTC in the real world, has added one of its biggest integrations yet. "We are excited to welcome Uber to Fold lineup," explained the team in a blog post. "You can now use bitcoin to purchase your next Uber ride. Simply select the dollar amount, send your bitcoin, and then ride safely to your next event." The app, which also enables BTC to be spent at stores such as Starbucks and Dunkin' Donuts, works by converting cryptocurrency into a corresponding gift card balance within the Fold wallet that can then be redeemed by scanning a code in-store.

It's being reported that Basis, the largest stablecoin project to date based on early stage funding, has been sunsetted. The algorithmic stablecoin, which had been categorized in the same bracket as coins like dai, raised $133 million in venture funding from the likes of a16z, Bain, DCG, Metastable, Pantera Capital, Polychain, Lightspeed, and Google Ventures. The bulk of that funding is now believed to have been returned, with the Basis team reportedly having been spooked by regulatory concerns. While the technical skills of the Basis team have generally been praised within the crypto space, not everyone was convinced by the merits of their algorithmic stablecoin. Back in May, Messari Crypto's Qiao Wang predicted that Basis would "fail catastrophically".