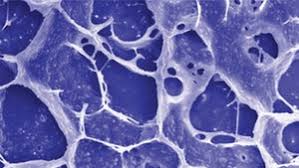 New research out of the University of Basel describes a drug cocktail that has the effect of putting this out of action, leading the cancer cells to wither and die instead.

Molecular scientists at the University of Basel actually discovered two years ago that a commonly used diabetes drug could be combined with a 50-year-old hypertension medication to inhibit tumor growth. Named metformin and syrosingopine, respectively, the scientists knew beforehand that the former had some anti-cancer properties, but only by mixing it with the latter did it seem to have any meaningful effect.

They have now carried out follow-up experiments in mice to better understand how this process slows cancer growth, and it centers on a molecule called NAD+ that is central to converting nutrients into energy. NAD+ is produced through two cellular pathways, one of which metformin was known to block. The other, it has now been found, can be shut down by syrosingopine's ability to cause bottlenecks in some very key areas.

"In order to keep the energy-generating machinery running, NAD+ must be continuously generated from NADH," explains Don Benjamin, first author of the study. "Interestingly, both metformin and syrosingopine prevent the regeneration of NAD+, but in two different ways."