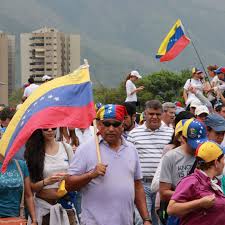 A cryptocurrency "airdrop" fundraiser has been launched to help Venezuelans. People are donating funds via a number of different coins to the citizens of the crisis-stricken South American nation — many of whom are refugees.

Donate Coins to People in Need

Launched by Airtm, a digital wallet connected to banks and blockchains, the fundraiser plans to send $1 million in digital currency to 100,000 ID-authenticated Venezuelans. Donations can be made in bitcoin, bitcoin cash, zcash, dash, ethereum, litecoin, ripple, and others. They can be quickly used or converted to dollars by Venezuelans.

So far, Airdrop Venezuela has proven to be popular. Launched on Nov. 27, close to $50,000 has been raised at the time of this writing. Ten dollars worth of donations can help a family purchase food, medicine, and scarce imported goods. Suffering from the world's highest inflation, the country's currency, the bolivar, has been rendered virtually worthless. Digital money is proving to be useful to many Venezuelans who are eager to get rid of bolivars.