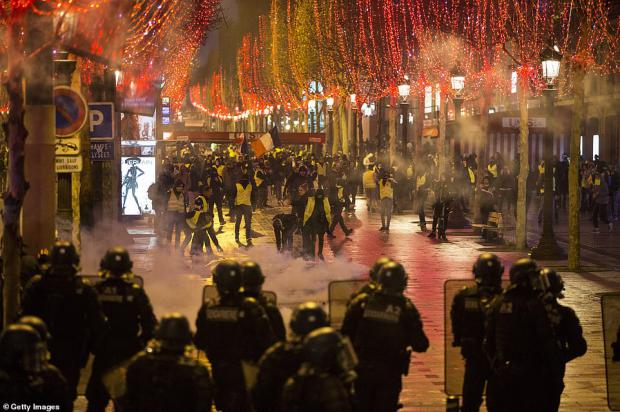 Violent protests in Paris spread to Brussels and Amsterdam last night, as 1,400 are arrested and French police call up to 8,000 reinforcements in a bid to quell the rising discontent.

The French 'Yellow Vest' protest movement crossed borders, with demonstrations in neighboring Belgium and in the Netherlands even though meither country has proposed a hike in fuel tax - the catalyst for the destructive demonstrations in France in recent weeks.

Protesters smashed street signs and traffic lights near a police barricade blocking access to the office of Prime Minister Charles Michel, as they chanted slogans calling on him to resign. They threw paving stones, fireworks, flares and other objects at police.