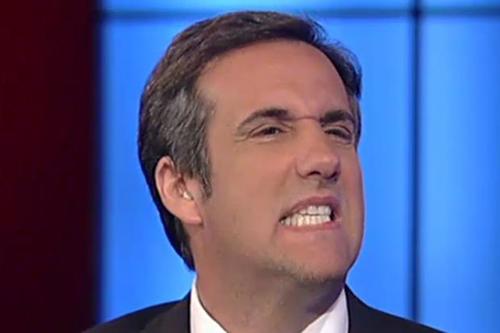 It turns out that being a rat may not pay off after all.

Just a few days after Special Counsel Robert Mueller recommended as little as no prison time for Trump's former National Security Advisor, Michael Flynn, who pled guilty to lying to the FBI and had agreed to cooperate with the FBI, moments ago US prosecutors issued a statement in which they announced that Michael Cohen, who infamously flipped on the president (for whom Cohen once said he "would take a bullet") deserves "substantial prison time", despite his cooperation.

While Flynn pled guilty to just one count, whereas Cohen had pled guilty to 8 federal crimes, what is remarkable is that despite his allegedly extensive cooperation with the Special Counsel culminating in over 70 hours of testimony, prosecutors with the U.S. attorney's office in the Southern District of New York recognized Cohen's cooperation with law enforcement in "ongoing matters" but argued the seriousness of his crimes warrant a "substantial term of imprisonment."

As a result, they do "not ask for special leniency for Cohen", calling his lies to Congress and the people "serious", requesting a "modest downward variance" from the applicable sentencing range which is in the range of 51-63 months, and thus recommending "a sentence of 42 months' imprisonment."