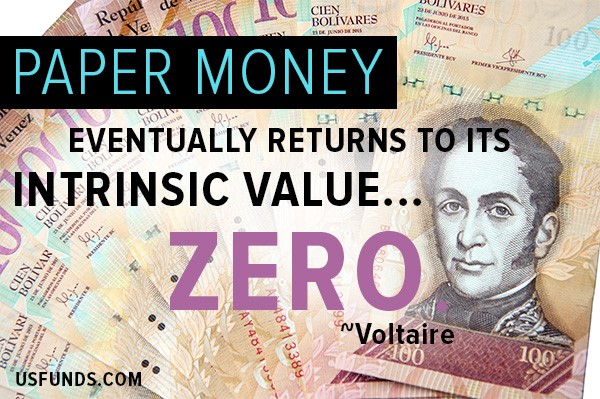 Within the space of 5 years, a combination of plunging oil prices and extreme socialist policies have brought the country to its knees, together with its increasingly desperate citizens. Despite the fact that Venezuela has the world's largest proven oil deposits and is also rich in coal and gold, the country today faces one of world's worst humanitarian crises, according to the UN. Its downhill path began with the Hugo Chavez presidency, during which billions were pumped into populist programmes. This economic mismanagement, the push for nationalization and centralization and ultimately the country's descent dramatically accelerated with the election of its next socialist President, Nicolas Maduro.

Plummeting oil prices revealed the true extent of the country's economic destruction and dragged 87% of its population into poverty, while over 40% now live below the extreme poverty line. Almost 20 years of expropriations and an aggressive state takeover of the economy has stifled all hope for growth, while a bankrupt, sanction-hit and unpopular government grows more desperate by the day. Mass arrests, torture and even executions have become the norm in the state's response to critics and protestors, with over 8000 documented cases of extrajudicial executions and fears that the actual dark figures for the regime's victims are far greater. 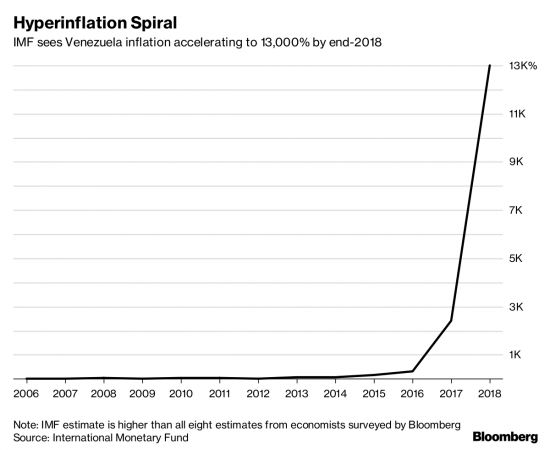 The once prosperous nation has been hit with hyperinflation, with prices doubling every two weeks and expectations that the inflation rate could exceed 1,000,000% this year, according to the IMF. This figure puts the country virtually on par with Zimbabwe a decade ago and is reminiscent of the Weimar Republic collapse.

As a result, Venezuelans are struggling with a lack of food and basic provisions, as decades of mismanagement and centralization policies have caused the country's agriculture sector to collapse. As shortages have spiked, officials and those close to the government use food rations as a means of political control. In fact, the government even moved to formalise this practice in mid-November. It unveiled a new, smart "Fatherland ID" card, designed by the Chinese ZTE Corp. The new ID card is linked to access to food and healthcare and has the capacity to track personal information, including party affiliation, property owned and social media presence.

In the meantime, child malnutrition deaths continue to climb, while the health care system has completely collapsed. An estimated 3 million Venezuelans, or one tenth of the entire population, have already fled, according to the UN, while another million is expected to leave the country in the coming months.

Gold as the last resort

Oil accounts for around 90% of Venezuela's exports, but with the collapse of oil prices and plummeting production levels resulting from chronic state mismanagement, the revenues no longer suffice to support the crippled economy. One of the very few lifelines left was gold, as Venezuela had extensive reserves. Its key trading partners include China and Russia, but it is Turkey that plays a leading part, with $834 million worth of gold exports in the first seven months of 2018. However, this window has also been recently closed by targeted US sanctions impeding gold exports. This fresh wave of sanctions comes after a series of measures and embargoes against the Venezuelan government that have been introduced over the last years both the US and the EU, putting added pressure on the already explosive situation within the country. Back in September, President Trump even hinted at the possibility of a "military option" to oust Maduro, an idea that has since gained some traction, as the country continues to descend into chaos under an increasingly dictatorial regime.