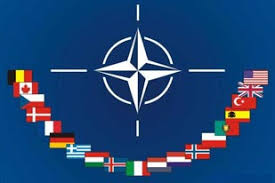 NATO. the United Nations, he United Nations and the central banks are working towards the unification pf the planet from a political, economic and culture. There are very specific dangers that globalization holds for America.

The Dangers of Globalization for Americans

Previous regionalization efforts have demonstrated the development of a midpoint. For example, if economic consolidation is needed among several currencies, there needs to be an established level of value for the regional currency and eventually the global currency. For example if Currency A, the highest currency to be regionalized is worth 20 times more than the lowest currency, Currency B, which is worth $10. A midpoint must be established. In this simple example, the people holding Currency A would have to lower their currency to $15. this would represent a 50% drop in value. If we exclude for the 2/3'rds of illegal immigrants who are on welfare and the 35% of Americans that are on welfare, Americans have the highest standard of living. However, that would be given away through a regionalization/globalization of the currency.

If you are an American citizen, you have the only system of government, a Constitutional Republic, in which civil liberties are enumerated and guaranteed regardless of who is in power. At best, there are other nations that say their people have sNuch liberties as freedom of speech, however, they exist in a Communitarian system of government in which rights are only guaranteed until it is no longer in the greater good.  And who decides what is in the "greater good" or the "common interest"?