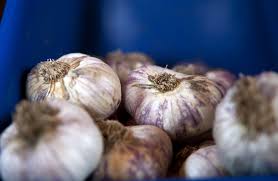 The findings, still in the early stages, come just after the U.S. Centers for Disease Control and Prevention released data showing that tick-borne diseases such as Lyme are on the rise nationwide. Last year, state and local health departments reported 59,349 cases, up from 48,610 the years before. The case numbers have been rising for years to last year's record, though the reasons are unknown.

Maryland reported 1,887 cases of Lyme last year, 13 more than in 2016, according to the state Department of Health.

Cases are not always diagnosed, and Hopkins researchers say there are likely 300,000 new cases of Lyme annually in the United States. For most people, a course of doxycycline or other antibiotic clears up the infection in a few weeks.

But 10 to 20 percent experience lasting symptoms that include fatigue and joint pain.

Some researchers have speculated that this persistent Lyme infection, or post-treatment Lyme disease, is a new disorder triggered by the initial infection. The Hopkins researchers also say the Lyme bacteria, Borrelia burgdorferi, can enter a stationary or slow-growing phase, and so-called persister cells from the bacteria are more resistant to antibiotics.