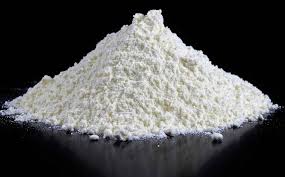 According to reports from law enforcement agencies, drug traffickers on the dark web have voluntarily stopped trading fentanyl.

Fentanyl is a deadly opioid that can be up to 100 times stronger than heroin. Since the painkiller is often sold as a substitute for heroin, it has resulted in thousands of accidental overdoses.

This makes fentanyl the first drug that has ever been dropped from large dark web trade routes.

NCA contact Vince O'Brien says that this is because substances and goods that are linked to wide-spread fatalities are more likely to draw police attention – and the dangers of the drug are also too great for the individual user.

"If they've got people selling very high-risk commodities, then it's going to increase the risk to the [traffickers]," said O'Brien. "There are marketplaces that will not accept listings for weapons and explosives – those are the ones that will not accept listings for fentanyl. Clearly, law enforcement would prioritize the supply of weapons, explosives and fentanyl over, for example, class C drugs – and that might well be why they do this.