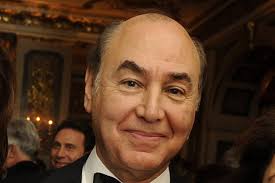 A major Democratic insider and frequent donor to the Clintons, Abdul Huda Farouki, was indicted and charged for allegedly defrauding the United States military of $9 billion worth of government contracts while Hillary Clinton was Secretary of State.

According to authorities, Farouki and his associates lied to the U.S. military to get an $8 billion, 10-year contract to supply food to American soldiers stationed in Afghanistan in 2012. That year, they also signed a nearly $1 billion contract to supply trucking and logistical resources to the area. The deals were signed in 2012, while Hillary Clinton was serving as Secretary of State.

To cut costs on the deals, Farouki's Dubai-based Anham corporation allegedly had supplies illegally shipped through Iran despite U.S. sanctions, prosecutors claim. Anham is one of America's largest wartime contractors.