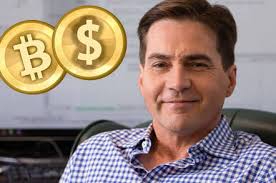 Dr Craig S Wright has recently said that he has a manifesto to put forward to the Bitcoin SV [BSV] community, elucidating the way forward for the coin for the new year. He took to his twitter to announce his vision for 2019. Wright said:

"There is no more time. Clearly, it seems that the simplest things are hardest. SPV is P2P and has no server".

Wright referred to the original Bitcoin white paper to build this Simplified Payment Verification [SPV] system, as he answered a fan about the same in the comments of his Twitter post.

Wright has also claimed in his previous post about a mission he has in mind for BSV to process terabyte-sized blocks within two years. This seems to be in line with the demand of people for transaction space on Bitcoin blocks. Bitcoin has been struggling to meet the demands and this could be a great news for BSV clients.

However, he did not elaborate his plan of action for any of his commitments. Many bashed him for taking credit for the white paper, while other crypto enthusiasts seemed intrigued by these announcements and had various questions for Wright.

Remember Piratebox? Freedom's Phoenix reported on it here https://www.freedomsphoenix.com/Article/230058-2017-11-28-piratebox.htm and here https://piratebox.cc/. Piratebox is simply communication with or without the Internet, depending on what you want. Bitcoin can operate, or can be made to operate, over this kind of communication.