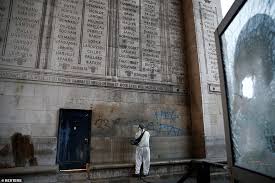 Graffiti was removed from the Arc de Triomphe today after anti-Macron protesters stormed through Paris on Saturday.

The protesters occupied the city centre and torched cars, smashed windows with clubs and axes and stole an assault rifle from riot police firing tear gas and water cannon in France's worst urban rioting for years.

The French President - who faced calls to resign from protesters who scrawled anti-Macron slogans on the Arc de Triomphe - today vowed to bring the rioters to justice as he inspected wreckage on the Champs-Elysees.

The 'yellow vest' protests, which began as a rebellion against a fuel tax hike but have expanded into weeks of civil unrest, spread across the country yesterday and ended with 133 people injured, including 23 police officers, and 412 arrested last night.

Macron was jeered by lingering yellow-vest supporters before chairing a crisis meeting with ministers, amid calls to declare a state of emergency or even send in the army to quell the violence. 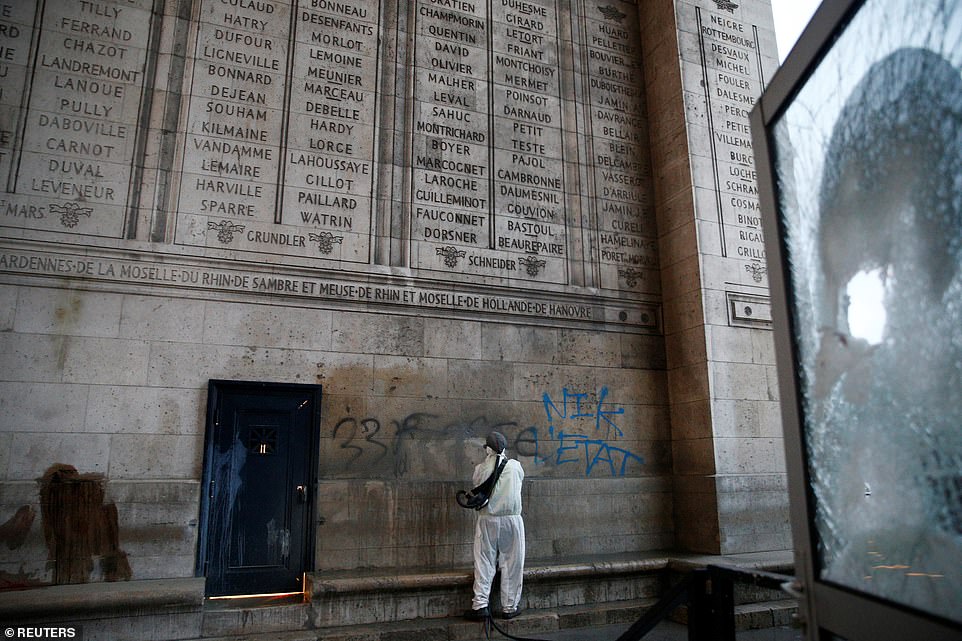 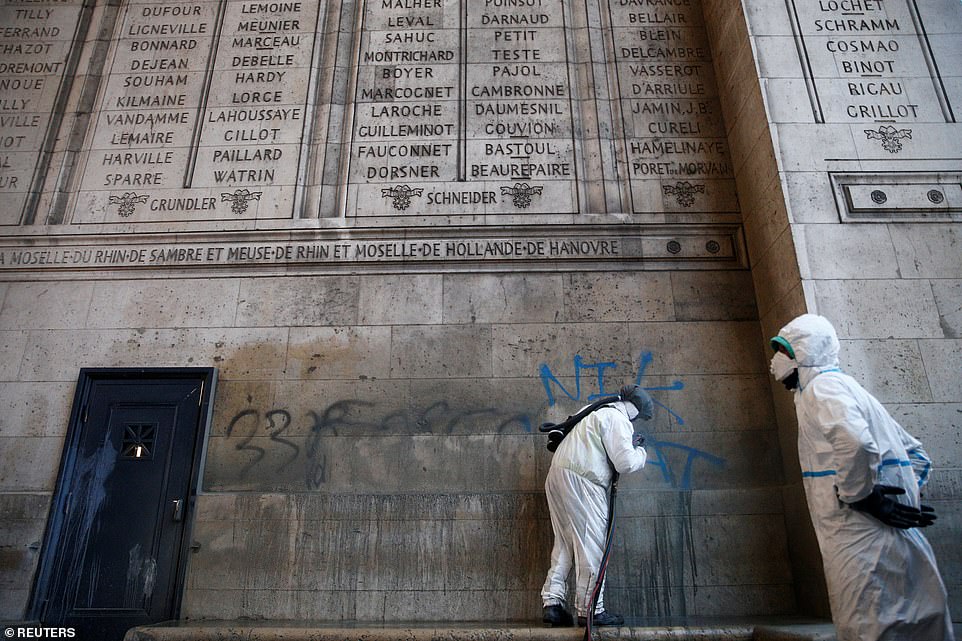