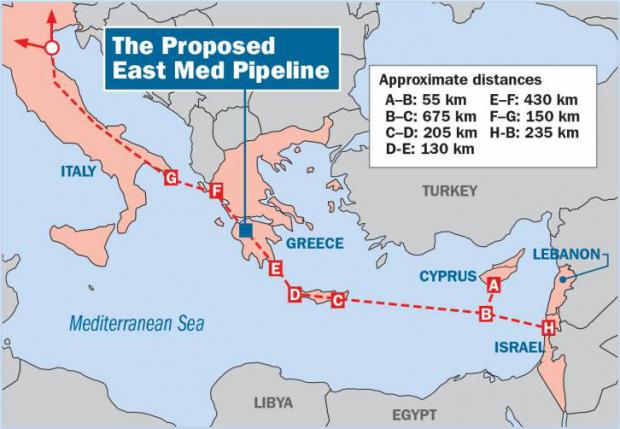 The pipeline will traverse a distance of 1,242 miles and lie at a depth of between 1.8-to-3 miles. It will provide gas to Europe from Israel's offshore fields.

The EastMed Pipeline Project is projected to begin in a few months' time, starting about 170 km off Cyprus' southern coast and reaching Otranto, Italy via Crete and the Greek mainland.

Up to 20 billion cubic meters of gas is expected to flow to Europe annually, thereby diversifying its supply of this energy source, which is now heavily dependent on Russia.

In 2014 Moscow threatened to cut natural gas deliveries over a dispute with the Ukraine, and actually did stop the flow temporarily in 2009.

The pipeline could be more than a direct boost to Israel's economy, Minister of National Infrastructure, Energy, and Water Resources Yuval Steinitz told Hadashot TV.