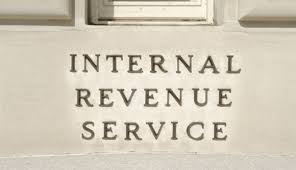 A new IRS rule for tax-exempt organizations seems to violate the First Amendment by taking aim at groups that support a wide range of drug policy reforms. The rule, described in an Internal Revenue Bulletin dated January 2, says the IRS will deny tax-exempt status to "an organization whose purpose is directed to the improvement of business conditions of one or more lines of business relating to an activity involving controlled substances (within the meaning of schedule I and II of the Controlled Substances Act) which is prohibited by Federal law regardless of its legality under the law of the state in which such activity is conducted."

As Washington, D.C., lawyers David Rivkin and Randal Meyer point out in The Wall Street Journal, that language arguably applies to any organization that advocates legalization of marijuana (or any other prohibited substance) or favors looser restrictions on certain prescription medications, both of which would improve "business conditions" for companies that sell those drugs. The exclusion also seems to encompass advocacy of less ambitious reforms, such as licensing new sources of marijuana for medical research, allowing state-licensed marijuana merchants to deduct their business expenses when they file their federal income tax returns, or changing the laws and regulations that discourage banks from serving such businesses.

Nonprofit organizations that are exempt from taxes under Sections 501(c)(3) and 501(c)(4) of the Internal Revenue Code (for "charitable" and "social welfare" organizations, respectively) are subject to restrictions on the amount of "lobbying" they can do. But this exclusion goes beyond those general rules by disfavoring certain viewpoints, which is unconstitutional even when the government is distributing benefits rather than directly censoring speech.

"The rule does not apply to all speech dealing with the listed substances, only that involving an 'improvement' in 'business conditions,' such as legalization or deregulation," Rivkin and Meyer note. "Efforts to maintain restrictions or impose additional ones are fine by the IRS." Hence an educational or social welfare organization that supports marijuana prohibition, unlike one that favors legalization, would be unaffacted by the rule.

"The government may not discriminate against groups based on the viewpoint of their speech," UCLA law professor Eugene Volokh noted in a 2016 Volokh Conspiracy post about tax-exempt "hate groups." In the 1995 case Rosenberger v. Rector, for instance, the Supreme Court held that the University of Virginia, a state institution, violated the First Amendment right to freedom of speech when it denied religious groups funding from its Student Activities Fund. Volokh noted a 2015 D.C. Circuit case that is even more directly relevant, since it deals with an anti-Zionist group that claimed its views had led the IRS to delay consideration of its application for 501(c)(3) status. "In administering the tax code," the appeals court noted, "the IRS may not discriminate on the basis of viewpoint."

Since the IRS rule applies to organizations "whose purpose" is "improvement of business conditions" for enterprises dealing in Schedule I or Schedule II drugs, it might not encompass groups—such as the Reason Foundation, the 501(c)(3) organization that publishes this website and Reason magazine—that support drug policy reform along with other causes. But an educational or social welfare organization that is mainly devoted to liberalization of drug policy, such as the Drug Policy Alliance or the Marijuana Policy Project, would seem to fit the description.

Mason Tvert, spokesman for the Marijuana Policy Project, says his understanding is that the rule applies to new applicants for tax-exempt status but not organizations that have already been granted it. "It sounds like" a new group similar to MPP could be rejected "if whoever is reviewing the application determines the applicant would be working to advance the cannabis industry," Tvert says in an email. "It wasn't necessarily simple before. It seems like this new rule could make it even more difficult."

U.S. seeks to have cryptocurrency transfers above $10k reported to IRS – Treasury