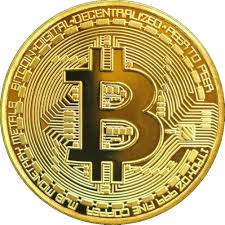 Michael Bucella, the former vice-president of Multi-Asset Sales at Goldman Sachs, and a partner at BlockTower Capital, discussed the Bitcoin rally to $4,300 on CNBC Fast Money. He said that there might be one last correction for Bitcoin's bear cycle to come to an end and that it might be just around the corner.

Bucella said that Bitcoin's bear market is essentially a "long distress cycle" and that it is moving from "weak hands to strong hands". He added:

"Strong hands are actually quite patient, and so I think a lot of the volatility and the gap risk we see in the market right now is a function of the participants that are still there. And I think we're actually in a significant distress cycle in crypto, and the last leg of that is typically the most volatile and most short-lived."

The former Goldman Sach employee said that the bottom for Bitcoin has not come yet and that there is actually another pullback that will occur, which will be shortlived. He added that it is a great entry point for people/institutions who are accumulating and big institutions which are waiting for the last leg of the distressed cycle.

"The smartest money is moving in…MIT, Harvard, Stanford, Yale, they're all entering this space through the private side and venture markets. And most of those portfolios are investing in companies who are building the infrastructure for the broader crypto assets space, which includes public markets."

Michael Bucella said that even though the time Bitcoin will spend at the bottom during the last leg of the cycle is very low, institutional investors are waiting for it as they are accumulating. He continued that Bitcoin's price could go as low as "$2,000 from here" and stressed that the opportunity for this bottom would be very low.