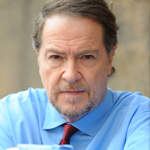 "The freedom of individuals verbally to oppose or challenge police action without thereby risking arrest is one of the principal characteristics by which we distinguish a free nation from a police state."— Justice William J. Brennan, City of Houston v. Hill

What the architects of the police state want are submissive, compliant, cooperative, obedient, meek citizens who don't talk back, don't challenge government authority, don't speak out against government misconduct, and don't step out of line.

What the First Amendment protects—and a healthy constitutional republic requires—are citizens who routinely exercise their right to speak truth to power.

It's not an easy undertaking.

Weaponized by police, prosecutors, courts and legislatures, "disorderly conduct" charges have become a convenient means by which to punish those individuals who refuse to be muzzled.

Deyshia Hargrave, a language arts teacher in Louisiana, was thrown to the ground, handcuffed and arrested for speaking out during a public comment period at a school board meeting.

Fane Lozman was arrested for alluding to government corruption during open comment time at a City Council meeting in Palm Beach County, Fla.

Dan Heyman, a reporter for the Public News Service, was arrested for "aggressively" questioning Tom Price, the secretary of the Department of Health and Human Services during an encounter in the West Virginia State Capitol.

College professor Ersula Ore was slammed to the ground and arrested after she objected to the "disrespectful manner" shown by a campus cop who stopped her in the middle of the street and demanded that she show her ID.

Philadelphia lawyer Rebecca Musarra was arrested for exercising her right to remain silent and refusing to answer questions posed by a police officer during a routine traffic stop. (Note: she cooperated in every other way by providing license and registration, etc.)

Robert Bartlett was arrested during an Arctic Man festival in Alaska, allegedly in retaliation for refusing to be interrogated by police and intervening when police attempted to question other people. His case is before the U.S. Supreme Court.

Cases like these have become all too common, typical of the bipolar nature of life in the American police state today: you may have distinct, protected rights on paper, but dare to exercise those rights and you put yourself at risk for fines, arrests, injuries and even death.

This is the unfortunate price of freedom.

Yet these are not new developments.

We have been circling this particular drain hole for some time now.

Almost 50 years ago, in fact, Lewis Colten was arrested outside Lexington, Kentucky, for questioning police and offering advice to his friend during a traffic stop.

Colten was one of 20 or so college students who had driven to the Blue Grass Airport to demonstrate against then-First Lady Pat Nixon. Upon leaving the airport, police stopped one of the cars in Colten's motorcade because it bore an expired, out-of-state license plate. Colten and the other drivers also pulled over to the side of the road.

Fearing violence on the part of the police, Colten exited his vehicle and stood nearby while police issued his friend, Mendez, a ticket and arranged to tow his car. Police repeatedly asked Colten to leave. At one point, a state trooper declared, "This is none of your affair . . . get back in your car and please move on and clear the road."

Insisting that he wanted to make a transportation arrangement for his friend Mendez and the occupants of the Mendez car, Colten failed to move away and was arrested for violating Kentucky's disorderly conduct statute.

1 Comments in Response to Yes, You Have the Right to Talk Back to the Government, But It Could Get You Killed

Why talk back to government? What is government? It's people, observing certain government rules set aside for those who are of that particular (private) class of government. Don't talk back. Rather, use the same documents that give government people their "rights" to BE government yourself. The IN-groups, inside of government, don't want you to know that YOU CAN BE GOVERNMENT, TOO. How can you be government? Corpus Juris Secundum, vol 25 section 334: in a Federal District Court, the magistrate (judge) is separate from the tribunal (accuser, accused, jury). You can use any state or federal courthouse to take your suit to Federal District Court. You have always had the right to be government.