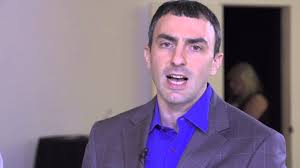 The cryptocurrency market's bear run looks to have made the Bitcoin [BTC] community, as well as investors, look around for solutions to change the current scenario. The qualms of the crypto verse have also forced a lot of analysts and prominent members of the cryptocurrency community to come forward and voice their opinions on the market.

Speaking to CoinTelegraph, Tone Vays, a well-known cryptocurrency analyst, gave his two cents on where the market could go and what the holders can do to buckle down. Vays stated that there is never a single cause that causes the market crash or rise, but rather, it is a culmination of a multitude of reasons. He said that Bitcoin [BTC] has been overpriced for over a year now and the drops are consistent with the cryptocurrency behavior. In his words:

"Bitcoin drops to make sure that people know what they are doing. A majority of the players in the community are in it for all the wrong purposes or to make a quick buck. Some even think that getting into Bitcoin or Ethereum will make them famous."

Vays was also of the opinion that the people who are into cryptocurrencies and do not value long-term benefits should exit the system immediately. The Bitcoin analyst went on to say that Bitcoin has not bottomed yet and that there exists the possibility of the cryptocurrency falling much lower for sustained periods of time. He added:

"Over the last few weeks, people have understood what a bear market can do. People are still happy about the market and the BTC ecosystem has the ability to put people in a sad place. Once that happens, then the prices will hit bottom and then shoot up to new highs."

Tone Vays was also explicit in mentioning that Bitcoin is not about the price, but rather, about the mentality held by the community. According to him, if the fringe members leave the Bitcoin community, then the prices will surely shoot up, albeit after some time. He was also candid while saying: