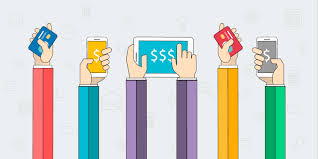 Sweden is rapidly turning into a cashless society, which seems like the utopian dream of many a government figure. What could possibly go wrong from the government's point of view? Isn't it ideal that they could soon digitally control every single person in the country?

Actually, quite a few things are going wrong. So much so that even members of the government are expressing concern.

Sweden is the most cashless society in the world

The change is happening fast in the European country.

…Sweden is widely regarded as the most cashless society on the planet. Most of the country's bank branches have stopped handling cash; many shops, museums and restaurants now only accept plastic or mobile payments…

…Last year, the amount of cash in circulation in Sweden dropped to the lowest level since 1990 and is more than 40 per cent below its 2007 peak. The declines in 2016 and 2017 were the biggest on record…

…An annual survey by Insight Intelligence released last month found that only 25 per cent of Swedes paid in cash at least once a week in 2017, down from 63 per cent just four years ago. A full 36 per cent never use cash, or just pay with it once or twice a year. (source)

Cash is used so infrequently that the government of the country has demonstrated concern. And this isn't just in the big cities. A source in rural Sweden tells me that even in his remote area, the push to go cashless is omnipresent.

What could possibly go wrong?

The folks of Sweden have so little use for cash that it's predicted many stores will no longer even accept it by 2025. And according to an article in the Financial Post, the government is beginning to have second thoughts.

…The government is recalculating the societal costs of a cash-free future.

The financial authorities, who once embraced the trend, are asking banks to keep peddling notes and coins until the government can figure out what going cash-free means for young and old consumers. The central bank, which predicts cash may fade from Sweden, is testing a digital currency — an e-krona — to keep firm control of the money supply. Lawmakers are exploring the fate of online payments and bank accounts if an electrical grid fails or servers are thwarted by power failures, hackers or even war. (source)

And the potential of a down-grid situation isn't the only problem. Older Swedes and immigrants who aren't really involved in the digital society could have great difficulty making transactions.

Swedish Coop supermarkets shut due to US ransomware cyber-attack

SWEDEN REFUSES TO DIM THE SUN FOR BILL GATES