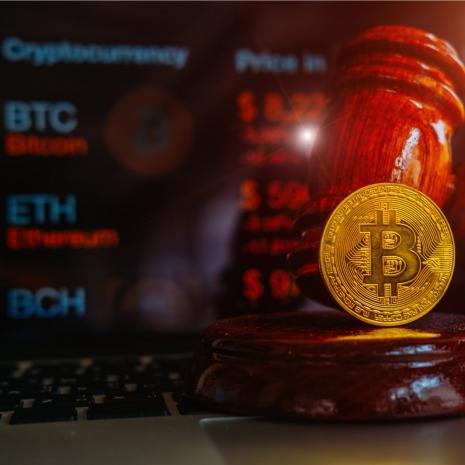 In a recent turn of events, Bitmain, the world's largest cryptocurrency mining device manufacturers, was sued in the state of California for allegedly mining without the customers' consent.

According to Crowdfund Insider, a class action lawsuit was filed by Gor Gevorkyan from Los Angeles against the mining giant Bitmain. The lawsuit claims that Bitmain's machines start at full-power high-energy consumption mode right from the start, even before the user's account is linked.

The lawsuit further claims that the mined cryptocurrencies during the setup are directed to Bitmain's account on Antpool servers.

The plaintiff Gor Gevorkyan mentioned that until two years ago, the machines by Bitmain started in a low-power mode with no default account. He added:

"Recently, Bitmain modified the startup procedure for its ASIC devices such that the devices immediately start in full-power high-energy consumption mode before the customer's account is linked to the device and stay in that mode until the setup process is complete. Moreover, the default account setting on the Bitmain ASIC devices is set to contribute to Bitmain's own account on its own Antpool server."

"As a result of this new practice, Bitmain ASIC devices cost more to operate during the setup phase and transfer virtual currency to Defendant rather than the customers."

Gevorkyan claims that the time required to set up the rig takes a couple hours or sometimes days and during the time, the mined cryptocurrencies, as per their new ASIC miner configurations, are directed to Antpool's servers owned by Bitmain.

The lawsuit also provides background data suggesting that the mining costs have increased "tenfold" in a span of one year, between 2016-17. Gevorkyan also said that he had purchased Bitmain's ASIC devices, including the Antminer 9, in January 2018. Furthermore, he added:

CENTRAL BANKSTERS ADMIT THEY ARE "PLANNING FOR ABSOLUTE CONTROL!"

THERE'S A CRISIS COMING! -INFLATION BOOMS! - EXPERTS ARE GETTING OUT OF FIAT

Why Central Banks WANT a Digital Dollar (with Mark Moss)

Letters to the Editor • Currencies

Why The Most Useful Money Will Become The Most-used Money