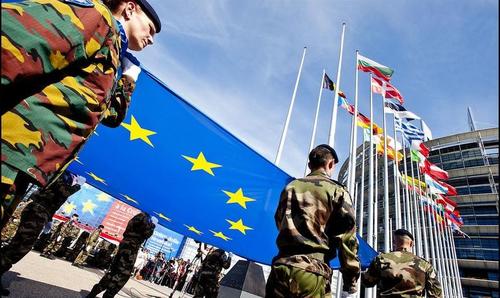 And it was how Macron rationalized the need for an independent military force for Europe that perhaps most irked the American leader.

Speaking on a tour of World War I battlefields in northern France last week, Macron said that Europe needed to defend itself from "China, Russia and even the United States of America".

It was a pretty extraordinary choice of words by the French leader. To frame the US among an array of perceived foreign enemy powers was a devastating blow to the concept of a much-vaunted transatlantic alliance.

Since the Second World War, ending 1945, the concept of an American-European alliance has been the bedrock of a supposed inviolable, mutual defense pact. That nearly seven-decade alliance is now being questioned more than ever.

Macron's call for a European army was further backed up by German Chancellor Angel Merkel who also pointedly said this week that Europe can no longer rely on the US for its defense.

Russia's President Vladimir Putin has welcomed the proposal for Europe to form its own military organization, independent from Washington. No doubt, Moscow views such a development as augmenting a move towards a multipolar international order, which Russia and China, among others, have been advocating in opposition to American ambitions of unipolar dominance.