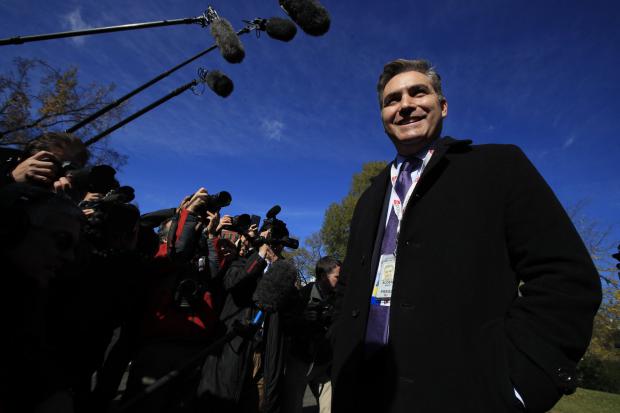 U.S. District Court Judge Timothy Kelly, an appointee of President Donald Trump, announced his decision at a hearing Friday morning. The judge said Acosta's credentials must be reactivated to allow him access to the White House complex for press briefings and other events.

Acosta, CNN's chief White House correspondent, was back in the afternoon. The White House said it would be developing new rules for orderly press conferences.

CNN alleged that Acosta's First and Fifth Amendment rights were violated when the White House revoked his "hard pass."

While the judge didn't rule on the underlying case, he ordered Acosta's pass returned for now in part because he said CNN was likely to prevail on its Fifth Amendment claim — that Acosta hadn't received sufficient notice or explanation before his credentials were revoked or been given sufficient opportunity to respond before they were.