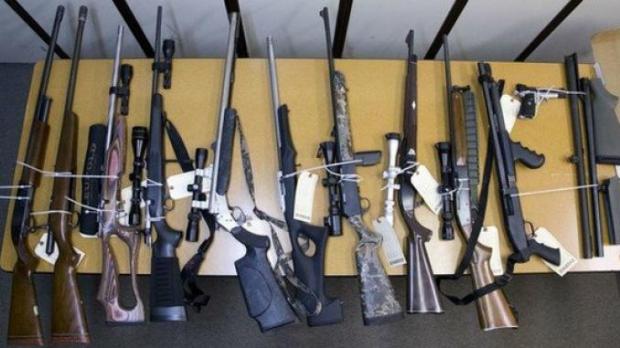 The state of Oregon is full-blown Communists.  These anti-Americans running the show in the Western state have implemented their newest man-made, constitution-violating laws in the form of Red Flag "laws," and those "laws" have resulted in nearly 50 people having their property stolen from them even though they were not charged with a crime nor were found guilty of a crime.

At least 46 Oregonians have been ordered to surrender their guns under a new type of court order intended to stop suicides and mass shootings, law enforcement and court officials testified to state lawmakers Wednesday.

Ten of the cases affect people in Multnomah County, where authorities have seized more than 50 guns from people found to pose a danger to themselves or others, Mike Reese, the county sheriff, told a joint meeting of the Senate and House judiciary committees. Washington County follows with at least eight cases, then Josephine County, with at least seven, according to documents submitted to the committees.

While there were people in the midst of this who broke the law in issuing threats to commit mass shootings and such, not all of these people were doing so.

"I believe that this legislation is an important component of a comprehensive approach to gun violence reduction," Reese testified.

He also said that "most" of  "extreme risk protection order" cases in Multnomah County arose from a person's threats of suicide. In several cases, people brandished weapons and threatened to shoot themselves or others.

Reese used the word "most," not all.  That means there are a number of people who have their property stolen by the government when they have not actually committed a crime.  This is very dangerous people.

How To Choose A Mascot That Won't Be Controversial In 2021

Cops detain an ENTIRE block of Antifa protesters on the second night of chaos in Portland: