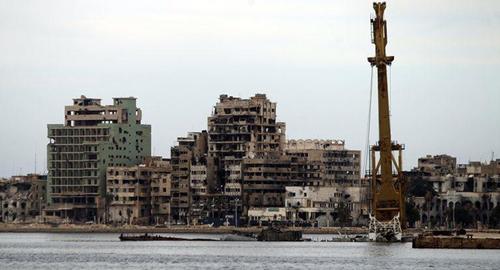 Importantly, he acknowledges that the U.S. had become far too focused on counter-insurgency over the past two decades, but he seems to miss the causation of this mission in the first place. U.S. foreign policy, and its reliance on military intervention to solve all perceived problems, regime change and imperialist adventurism, resulted in the need to occupy nations, or destroy them. This leads to the growth of insurgencies, and the strengthening of long simmering religious radicalism and anti-western sentiment in the Middle East and Central Asia. The U.S. military willfully threw itself headlong into a self-fulfilling prophecy.

The United States engaged in unnecessary wars, and when these wars were easily won on the immediate battlefield, the unplanned for occupations lead to guerilla insurgencies that were not so easy for a conventional military to confront. The U.S. Army was not prepared for guerilla warfare in urban areas, nor for the brutal and immoral tactics that their new enemies were willing to engage in. They obviously had not reflected upon the Soviet experience in Afghanistan, nor the nature of their new enemies. As casualties mounted due to roadside IEDs, snipers, and suicide bombers hidden amongst civilians, the U.S. military and the defense industry were forced to find ways to protect soldiers and make vehicle less vulnerable to these types of attacks. This resulted in vehicles of every description being armored and new IED resistant vehicles being designed and fielded in large numbers. This in turn, equated to a vast amount of time, effort and money. It also focused both the U.S. military services and the defense industry away from fighting conventional wars against peer adversaries.

After a decade of fighting an insurgency in Afghanistan and almost as long in Iraq, the U.S. leadership decided to destroy the sovereign nation of Libya, and foment a war in Syria immediately afterward. There is no doubt with the knowledge of historic events today, that the CIA and State Department facilitated a foreign invasion of Syria of Islamist radicals. They funded and armed these groups, provided clandestine training, and facilitated the logistical movement of fighters and weapons into a sovereign nation to cause its disintegration. In these two examples they decided not to occupy these countries, but to destroy all semblance of ordered society and replace it with brutally violent chaos. The U.S. political and military leadership seems to have learned that their past adventurism resulted in costly occupations, yet instead of refraining from using the military option as a tool to alter geopolitical realities they did not like, they merely opted to abandon the responsibility of occupation and reconstruction all together.