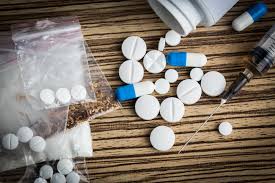 On November 2 the Food and Drug Administration announced the approval of Dsuvia, a sublingual tablet containing the powerful fentanyl analog, sufentanil. Sufentanil has been used for years in the hospital setting, primarily in intravenous form for anesthesia. It is roughly 5 to 10 times more potent than fentanyl, and thus has a significant overdose potential. The FDA reached this decision following a 10-3 vote in favor of the drug's approval by the Anesthetic and Analgesia Drug Products Advisory Committee (AADPAC), based on data from multicenter trials. It was not approved for outpatient use, but for use only in medically supervised settings, and may be of particular benefit to military health care practitioners.

Dsuvia, which was previously approved by the European Medicines Agency in July under the brand name Dzuveo, has some unique features in that the drug is delivered in a stable form that makes it ideally suited for certain special circumstances where patients may not be able to swallow oral medication, and where access to intravenous pain relief is not possible. This includes potential uses on the battlefield. For this reason, the Department of Defense (DoD) worked closely with the sponsor on the development of this new medicine. This opioid formulation, along with Dsuvia's unique delivery device, was a priority medical product for the Pentagon because it fills a specific and important, but limited, unmet medical need in treating our nation's soldiers on the battlefield. The involvement and needs of the DoD in treating soldiers on the battlefield were discussed by the advisory committee.

The announcement was met with criticism from numerous quarters, including Anesthesiology Professor Raeford Brown of the University of Kentucky, who chairs the AADPAC, Senator Edward Markey (D-MA), and the advocacy group Public Citizen. They questioned the need for the development of a new and potent opioid in the presence of the opioid overdose crisis, and raised concerns about the potential for the drug's diversion to the black market for non-medical users. These objections were trumpeted by the media.