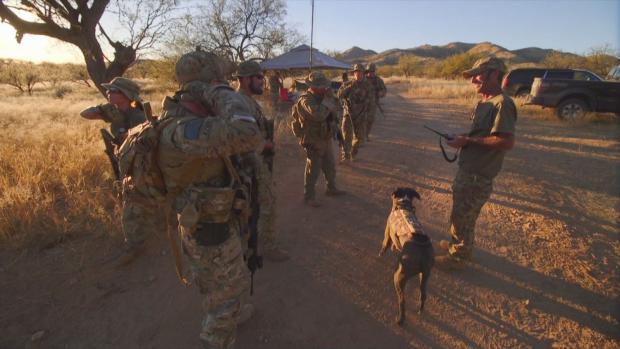 They're packing coolers and tents, oiling rifles and tuning up aerial drones, with plans to form caravans of their own and trail American troops to the border.

"We'll observe and report, and offer aid in any way we can," said Shannon McGauley, a bail bondsman in the Dallas suburbs who is president of the Texas Minutemen. McGauley said he was preparing to head for the Rio Grande in coming days.

"We've proved ourselves before, and we'll prove ourselves again," he said.

McGauley and others have been roused by the president's call to restore order and defend the country against what Trump has called "an invasion," as thousands of Central American migrants advance slowly through southern Mexico toward the U.S. border. Trump has insisted that "unknown Middle Easterners," "very tough fighters," and large numbers of violent criminals are traveling among the women, children and families heading north on foot.