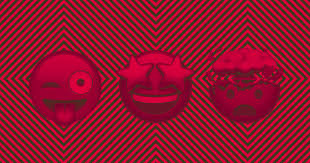 Newly published results from a Phase 2 clinical trial into the efficacy of MDMA-assisted psychotherapy in treating post-traumatic stress disorder (PTSD) have revealed striking success, with 76 percent of subjects not meeting the standard clinical criteria for PTSD 12 months after receiving the treatment.

This latest study is one of six key Phase 2 clinical trials that were used to last year convince the FDA to grant the landmark MDMA-assisted treatment a Breakthrough Therapy Designation. This particular trial, sponsored by the Multidisciplinary Association for Psychedelic Studies (MAPS), was conducted in Boulder, Colorado and led by psychotherapist Marcela Ot'alora.

The trial comprised 28 subjects, all with clinically diagnosed PTSD that had persisted for an average of almost 30 years, despite attempts with other conventional treatments, including drugs and psychotherapy. The structure of the treatment resembled the model established by MAPS in other trials: two day-long MDMA treatment sessions followed by integrative therapy sessions. A third MDMA session was also offered to evaluate whether that improved long-term responses compared to two sessions.

Responses to the treatment were evaluated using the Clinician Administered PTSD Scale (CAPS-IV), the current best standard for PTSD assessment. Here the results were nothing less than spectacular. On enrolment the average CAPS-IV score of each participant was 92, and at a follow-up 12 months after the final MDMA session, the average CAPS-IV score was just 31. A remarkable 76 percent of participants, after 12 months, did not meet the clinical diagnostic criteria for PTSD.