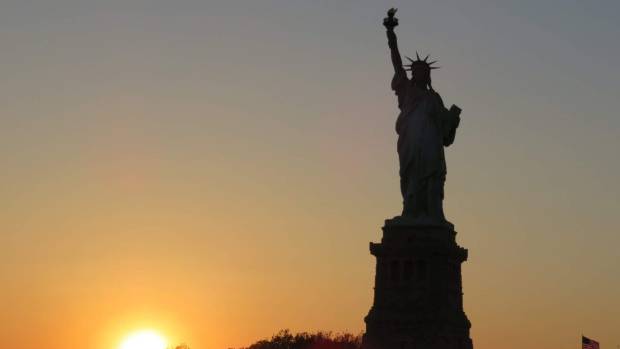 Listening to the media, one would be forgiven for thinking that the "Libertarian Moment" has passed. After all, few candidates are running on a platform of limited government, individual liberty, and a non-interventionist foreign policy. Instead, both parties push expansions of government power, whether nationalized health care, increased surveillance, or tariffs. And for all the partisan invective coming out of D.C., both parties are more than willing to work together to increase spending and debt.

However, a poll from last month conducted by Liberty Government Affairs and Gravis Marketing, shows that liberty is still popular. It also shows that a growing number of Americans are rejecting the D.C. consensus on many issues.

For example, the foreign policy establishment insists that America must stay in Afghanistan for as long as it takes to achieve victory—even though no one can define what victory would look like. The Liberty-Gravis poll found that 46.1 percent of Americans favor withdrawal from Afghanistan. Only 29.1 percent of Republicans support continuing to stay, while 37.4 percent of Republicans disagree with President Trump, and agree with candidate Trump, that the U.S. should end its longest war.

The poll does not just contain bad news for the authoritarians of the right. The survey found that 46.6 percent of Democrats answered "yes" to supporting politicians who would "seek to reduce the size of the federal government, lower federal taxes, and end continuing conflicts abroad."

To be fair, this does not mean close to half of Democrats are ready to end the welfare-warfare state. But it does suggest a large number of Democrats do not support the massive expansion of government proposed by most potential Democratic 2020 presidential contenders. It is also further proof that the grassroots of the Democratic Party are closer to my friend Dennis Kucinich than Hillary Clinton and her ilk on issues of foreign policy and civil liberties.

On the other side of the partisan aisle, the 62.8 percent of Republicans who support small government may like Present Trump and the Republican Congress' tax cuts and regulatory reforms, but rejects President Trump and many Republicans' support for mass surveillance, trade wars, and spending increases.

Perhaps the most remarkable finding is that 45.1 percent of those polled, including 47.3 percent of Democrats and 33.2 percent of Republicans, support pardoning Edward Snowden, the world's most famous whistleblower. With the possible exception of Julian Assange, no one has been more demonized by the political class—left, right, and center—than Snowden has been. The support for pardoning him shows how any Americans are rejecting the lies that we must give up our rights for security.