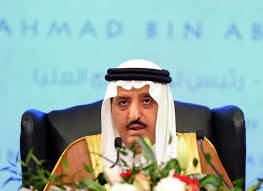 The youngest brother of Saudi Arabia's King Salman has returned from self-imposed exile to "challenge" Crown Prince Mohammed bin Salman (MbS) "or find someone who can," reports the Middle East Eye.

Prince Ahmad bin Abdulaziz is reportedly hoping to oust his 33-year-old nephew in the wake of an allegedly state-sanctioned murder of journalist Jamal Khashoggi. MbS has virtual control over Saudi Arabia after a June 2017 shakeup in which King Salman removed Muhammad bin Nayef as heir apparent.

The septuagenarian prince, an open critic of bin Salman (MBS), has travelled with security guarantees given by US and UK officials.

"He and others in the family have realised that MBS has become toxic," a Saudi source close to Prince Ahmad told Middle East Eye.

"The prince wants to play a role to make these changes, which means either he himself will play a major role in any new arrangement or to help to choose an alternative to MBS." -Middle East Eye

Prince Ahmad has reportedly been meeting with other members of the Saudi royal family living outside the kingdom, along with "figures inside the kingdom" who have encouraged him to usurp his nephew. According to MEE, "there are three senior princes who support Prince Ahmad's move," who remain unnamed to protect their security.

According to Saudi dissident Prince Khalid Bin Farhan Al Saud, he expects a coup to be orchestrated against King Salman and MbS, as reported by the Middle East Monitor, which reports that a coup is "imminent."

"The coming period will witness a coup against the king and the crown prince," said Prince Khalid while commenting on the Khashoggi murder.

Khashoggi, a 59-year-old Washington Post journalist who had criticized the Crown Prince, was murdered on October 2 after entering the Saudi consulate in Istanbul to obtain paperwork ahead of his upcoming wedding. His body has not been found, but is believed to have been dismembered after he was reportedly choked to death.

US alarmed as Saudi lawsuits threaten to expose secrets