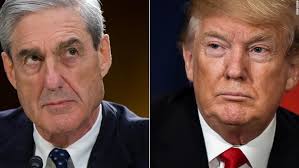 A careful reading of court filings suggests the special counsel hasn't been quiet. Far from it.

These months before the midterm elections are tough ones for all of us Mueller-watchers. As we expected, he has gone quiet in deference to long-standing Justice Department policy that prosecutors should not take actions that might impact pending elections. Whatever he is doing, he is doing quietly and even farther from the public eye than usual.

But thanks to some careful reporting by Politico, which I have analyzed from my perspective as a former prosecutor, we may have stumbled upon How Bob Mueller Is Spending His Mid-Terms: secretly litigating against President Trump for the right to throw him in the grand jury.

As a former prosecutor and Senate and White House aide, I predicted here last May that Mueller would promptly subpoena Trump and, like Independent Counsel Kenneth Starr back in 1998, bring a sitting president before his grand jury to round out and conclude his investigation. What Trump knew and when he knew it, and what exactly motivated his statements and actions, are central to Mueller's inquiry on both Russian interference and obstruction of justice.

As the summer proceeded, we certainly heard a great deal from Rudy Giuliani, the president's lawyer, about purported negotiations with Mueller's office about the propriety and scope of Trump's potential testimony. On August 15, Giuliani said Trump would move to quash a subpoena and went so far as to say, "[W]e're pretty much finished with our memorandum opposing a subpoena."

And then—nothing. Labor Day came and went without a visible move by Mueller to subpoena the president, and we entered the quiet period before the midterms. Even the voluble Giuliani went quiet, more or less. Mindful of the time it would take to fight out the legal issues surrounding a presidential subpoena, and mindful of the ticking clock on Mueller's now 18-month-old investigation, many of us began to wonder if Mueller had decided to forego the compelling and possibly conclusive nature of presidential testimony in favor of findings built on inference and circumstantial evidence. A move that would leave a huge hole in his final report and findings.