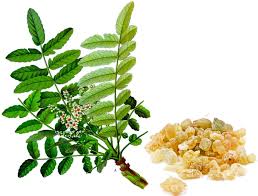 You might not have heard of boswellia, but you may know it by its other name: frankincense. It is said to be one of the gifts that was brought to Jesus when he was born, and it could prove to be an almost miraculous gift in the fight against cancer.

It comes from the resin of a tree called Boswellia serrata, which is native to Africa, Asia and the Middle East. It has long been used in traditional medicine for gastrointestinal relief and to ease ulcers and arthritis. Now, however, researchers are learning more about the unique way that it helps fight inflammation. In fact, it works far differently than conventional medications – and that's a good thing given the many undesirable side effects caused by the current anti-inflammatory pharmaceuticals available.

What standard non-steroidal anti-inflammatory medications do is block the production of pro-inflammatory enzymes. The way they work, however, happens to block the production of an enzyme that is needed to keep the stomach lining healthy. This is why people who take NSAIDs often experience problems like stomach bleeding and irritation, kidney issues and peptic ulcers. Alternatives like Vioxx that skirt around this particular issue proved to be deadly and were withdrawn from the market.

Censoring Truth-Telling About All Things Covid

Will Toxic Covid Jabs Be Mandated in the US and West?