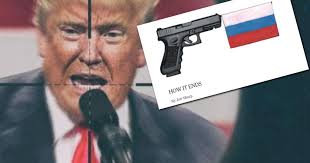 The New York Times published a fictional short story in which Donald Trump gets assassinated before pushing the media narrative that Trump needs to tone down his rhetoric the very next day.

The story, entitled How It Ends, was written by author Zoë Sharp.

The plot is that a Russian agent attempts to murder Trump, but his gun misfires. A Secret Service agent then presents the Russian with his Glock before saying, "Here, use mine."

The implication is that Trump is so reviled that his own staff wants to kill him.

Following its publication of the story, the New York Times joined the rest of the media in condemning Trump for his rhetoric and all but blaming the president for this week's wave of attempted mail bombings, prompting criticism on Twitter. 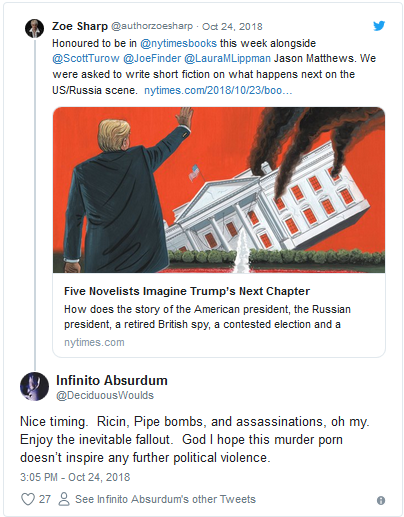