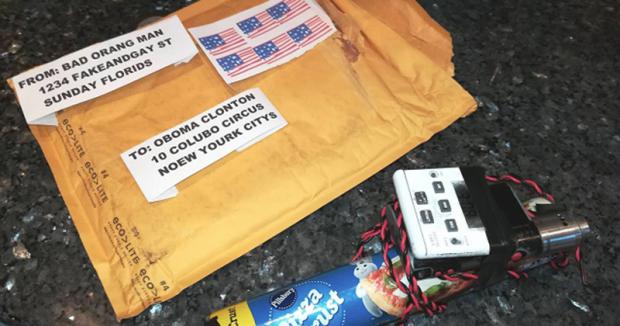 A law enforcement official has told the New York Times that examiners are looking at whether the mail bombs sent to Democrats over the last 48 hours were in fact "hoax devices" that were made to look like bombs seen on television or the movies but not meant to explode.

Another suspicious package was found outside the Tribeca Grill, a restaurant owned by actor and Trump adversary Robert De Niro.

However, according to one source, the bombs could have been complete duds merely made to look like bombs for dramatic effect.

"One law enforcement official said investigators were examining the possibility that they were hoax devices that were constructed to look like bombs but would not have exploded," reports the NY Times.

"A digital clock was taped to the middle of the pipe, a feature that experts say is typically shown on fictional bombs in an attempt to ratchet up dramatic tension, but unnecessary in real life."

"In fact, bombmakers generally avoid attaching visible clocks to their devices to keep from tipping off their targets about when the bombs are set to explode."

As NY Times reporter John Ismay notes, some bomb technicians said that the devices were constructed to resemble bombs "depicted on television and in movies, rather than devices capable of detonating." 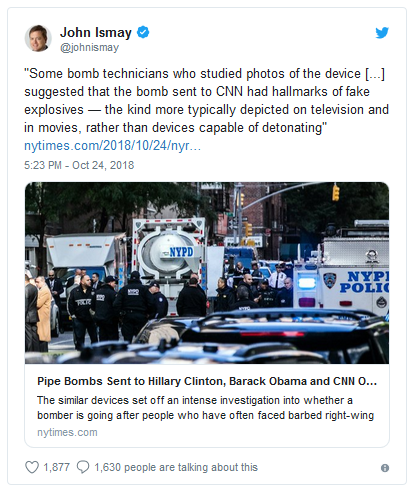