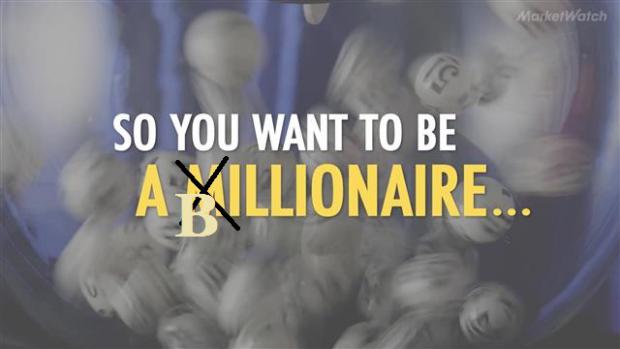 Though the identity of the lucky winner hasn't been revealed, should they choose to walk away with the one-time cash option, they will win a cool $913.7 million, per CNN.  Qualifying for second-prize winnings, 36 tickets nationwide matched five of of the six numbers.

"This is truly a historic occasion. We're so happy for the winner, and we know the South Carolina Education Lottery can't wait to meet the lucky ticket holder," said Gordon Medenica, lead director of the Mega Millions group.

The jackpot had been building since July, when a California office pool of 11 co-workers shared a $543 million prize. Before Wednesday, the Mega Millions record was a $656 million jackpot in March 2012. While Tuesday's prize is huge, it's not the largest lottery jackpot on record. That title belongs to a $1.586 billion Powerball jackpot from January 2016. However, this prize was split among three winners. Tuesday's Mega Millions draw is the largest to belong to just one person.

Looking ahead, the Powerball jackpot has climbed to $620 million since the last winning ticket was drawn in New York back in August. Powerball has had 20 drawings since, all without a winner. If somebody wins on Wednesday, it would be the third-largest jackpot in Powerball history.

To put the winning take in context, if the ticketholder accepted the cash-up-front prize and invested the entire sum in Treasury bonds, they would earn roughly $30 million in annual income from the interest alone.

The Mega Millions jackpot will now reset to $40 million - or $22.8 million cash - for Friday's drawing.

And while that lone victor - now richer than Taylor Swift (and many others) - will dominate the headlines for a news cycle, as Reason.com's Joe Setyon notes, when it comes to the lottery, the biggest winner will be the government.

First, the majority of lottery revenue goes back to the government. In 2015, The Atlantic estimated that 40 percent of all lottery ticket sales are allocated to state governments. As Steven Greenhut, western region director for the R Street Institute, explained in a 2016 piece for Reason, this "voluntary tax" to support education is supposed to be a positive. But politicians often use lottery revenues to supplant school budgets. As Greenhut put it: "Money is fungible, so the education element mainly is a public-relations ploy to help people feel good about the dollars they spend on tickets."

Direct ticket sales aren't the only way the government profits from the lottery system. Say I were the sole winner of the $1.6 billion jackpot (lucky me). I could opt to receive either a lump sum payment of about $905 million or 30 annual payments averaging about $53,333,333 each, according to the Mega Millions website.

Either way, I'd get hit with a 24 percent federal withholding tax. That would subtract nearly $13 million from each of my annual payments or $217 million from the lump sum. And the top income tax rate is 37 percent, so I'd have to pay the difference between the two rates as well. That would leave me with "just" over $570 million, assuming I took the lump sum.