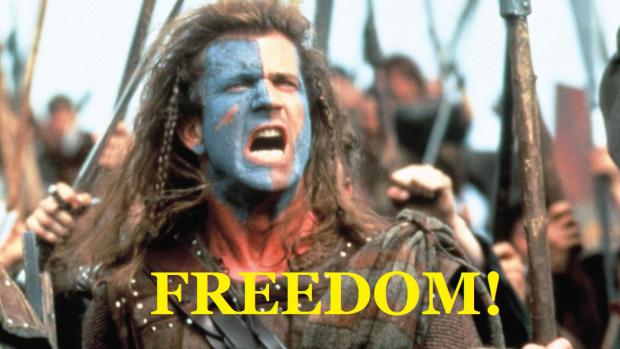 A time when political campaigns were more civil… like in the Presidential election of 1800.

That was when a pro-Adams newspaper said that "murder, robbery, rape, adultery and incest will openly be taught and practiced," if Jefferson was elected.

And the Jefferson supporters responded by claiming that Adams was more like a hermaphrodite than a man or woman.

If you think it got any better, think back to the classic daisy girl campaign ad that Lyndon B. Johnson ran in 1964.

It showed a cute little girl plucking petals off a daisy, before transitioning to images of a nuclear explosion. "Vote for President Johnson on November 3rd," it said, "The stakes are too high for you to stay home."

So instead of electing the "isolationist" Goldwater, and getting nuked, the people saw fit to elect Johnson.

Johnson quickly ratcheted up the Vietnam war and got 36,000 soldiers killed under his watch. 62% of all American Vietnam casualties occurred during Johnson's Presidency. This included the most deadly year in the war for American servicemen, 1968, with 16,592 deaths.

Voters are easily manipulated by fears and smears.

There was never a majority of freedom-loving honorable Americans.

People who believe in individual freedom and natural rights are a minority and always have been.

Trying to vote our way to freedom is not a sound strategy. There simply are not enough people who share these values. Really, most people have little or no values. They simply react to their surroundings.

And it is too easy for bad-acters to manipulate the unthinking majority. Just look at how everyone is encouraged to vote, even if they are entirely clueless.