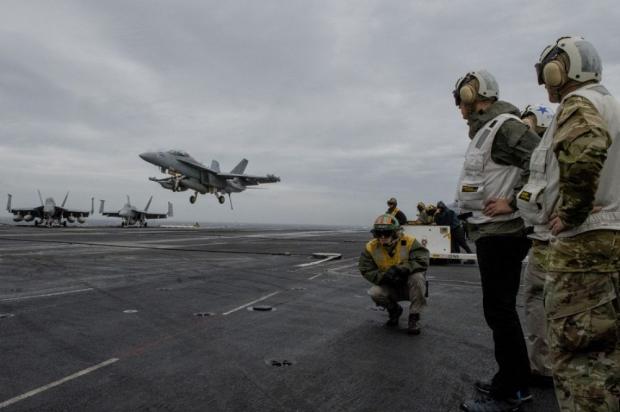 Trident Juncture 18, which runs until November 7, is aimed at training the Alliance to mobilise quickly to defend an ally under attack.

The head of NATO's Allied Joint Force Command, US Navy Admiral James Foggo, said the exercise was intended to "show NATO is capable to defend against any adversary. Not a particular country, anyone."

Russia, which carried out its biggest ever military exercises in September in the Far East, has not been officially identified as the intended adversary, but it is on everyone's minds after the 2014 Ukraine crisis.

"But in a security situation as complicated as we have today... an incident elsewhere could very well heighten tensions in the North and we want to prepare the Alliance in order to avoid any unfortunate incidents," he added.

The exercises come after President Donald Trump has repeatedly complained that other NATO members do not contribute enough money to the 69-year-old alliance, although Defense Secretary Jim Mattis reassured allies of America's "iron-clad" commitment earlier this month.