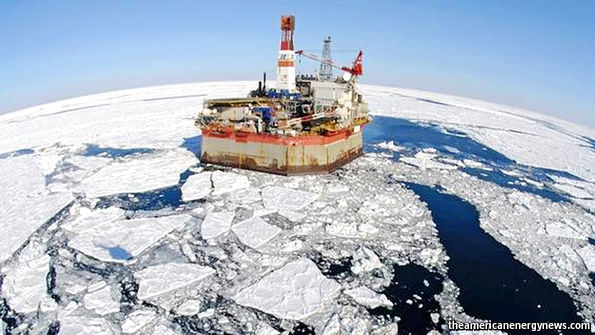 Now that global oil markets have gotten used to Saudi-Russian oil production cooperation that first hit the scene in early 2017 in an effort to reign in global price concerns, it appears that the two fledgling allies are also going to cooperate in the liquefied natural gas (LNG) sector. And this time too, it looks as if the alliance could take aim at U.S. energy ambitions.

The kingdom's media savvy energy minister Khalid Al-Falih said at the India Energy Forum in Delhi on Monday that Saudi state-owned Saudi Aramco is open to the idea of marketing some of the LNG from the proposed Russian Arctic LNG 2.

"Aramco has the mandate to go global and not only invest in downstream but also invest in gas and LNG. We have looked at projects in Africa and the Mediterranean, and of course the Arctic with some Russian companies, Novatek. The idea is that Aramco will trade that [LNG] globally and bring some of that to India and other markets," Al-Falih said.

"We have looked at projects in Africa and the Mediterranean, and of course the Arctic with some Russian companies, Novatek," he added.

Arctic LNG 2 will be a mammoth facility and increase Russia's gas ambitions for not only pipeline gas to Europe but to key LNG markets in Asia that account for over 70 percent of global LNG demand, with that demand growth projected to increase amid China's ramped up natural gas usage. The project envisages the construction of three LNG trains at 6.6 million tons per annum (mtpa) each, or 535,000 barrels of oil equivalent per day. It is seen starting up sometime between 2022 or 2023.

As far back as the beginning of the year, Saudi Arabia and Russia indicated that they could become LNG partners when Aramco and Novatek signed a MoU over possible cooperation in Arctic LNG 2.

Aramco is "seriously" studying investing in the planned Arctic LNG plant, Saudi Energy Minister Khalid Al-Falih told reporters in Riyadh on February 14 at a joint briefing with his Russian counterpart. Saudi King Salman is keen to strengthen energy ties between the two nations following their oil-cuts collaboration that helped drive crude's recovery, according to Al-Falih.

Russian President Vladimir Putin is keen on developing more LNG projects in an effort to rival top LNG producers Qatar and Australia. However, with Qatar projected to reach 110 mtpa of liquefaction capacity within around five years, that's an ambition that may never materialize. Saudi Arabia for its part is also seeking to double its gas production over the next ten years.

The possibility of a joint Saudi-Russian alliance in not only oil markets but in gas markets has significant take-aways for both energy markets and geopolitical developments, particularly in the Middle East. First, it comes as the Trump Administration and Riyadh are feverishly trying to do damage control over possible Saudi implication in the alleged killing of U.S. resident and journalist Jamal Khashoggi. While Trump is trying to tone down criticism both internationally and among an outraged Congress on both sides of the isle, it remains to be seen what will happen if Turkish or even international investigations find Saudi Arabia was instrumental in wrong doing over the incident.

Adding another layer of complexity to the issue, yesterday CNBC reported that Saudi Arabia was even considering a certain level of responsibility over the missing journalist, by admitting that Khashoggi was inside the Saudi consulate in Istanbul and that he could have even been killed inside the consulate.