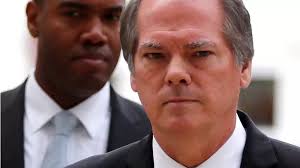 WASHINGTON — A former Senate Intelligence Committee aide pleaded guilty on Monday to lying to the F.B.I. about his contacts with an unidentified journalist during an investigation into leaks of classified information related to coverage of Russia's interference in the 2016 election.

The former aide, James A. Wolfe, 57, agreed to plead guilty, without a trial, to one count of making a false statement to Federal Bureau of Investigation agents in an interview in December, when he flatly denied contacts with various reporters whose articles were under scrutiny in the leak investigation.

In exchange, prosecutors agreed to drop two other false-statement charges and to recommend a low offense level under which federal sentencing guidelines would call for zero to six months in prison. A sentencing hearing before Judge Ketanji Brown Jackson is set for Dec. 20.

Even if he avoids prison time, it was a sharp fall from grace for Mr. Wolfe, who as director of security for the Senate Intelligence Committee had been in charge of receiving and managing classified information provided to the oversight panel by the executive branch for 28 years.