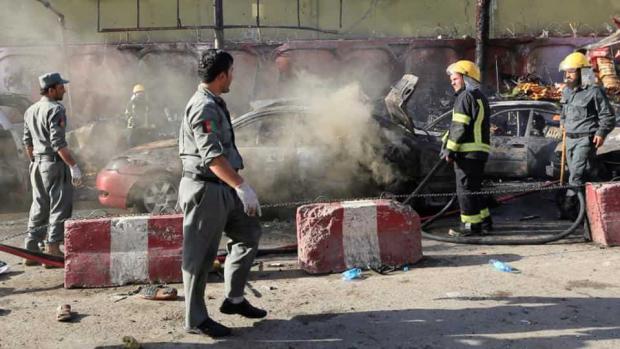 The number of people killed when a bomb went off at an election rally in northeastern Afghanistan has climbed to at least 22, Afghan officials said.

Khalil Aser, spokesman for the provincial police chief in Takhar province, said 32 others were wounded when an explosives-laden motorbike parked near the rally for Nazifa Yousufi Bek in Rustaq district blew up.

The victims included security officials and civilians, a local police official said, adding that the candidate was not at the rally at the time.

There was no immediate claim of responsibility. It is the third attack against the election campaign process this month.

Afghanistan's parliamentary election is slated for October 20, with 2,565 candidates vying for seats in the 249-member chamber, including 417 female candidates.

Since official campaigning began, three attacks including Saturday's blast, have taken place at election rallies, killing over 30 people in total.

On October 2, an attack on a rally in the eastern province of Nangarhar killed 13 people and wounded more than 40.

At least five people have been murdered in targeted killings so far, according to the Independent Election Commission.