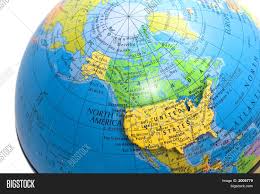 Blind faith in the U.S. dollar is perhaps one of the most crippling disabilities economists have in gauging our economic future. Historically speaking, fiat currencies are animals with very short lives, and world reserve currencies are even more prone to an early death. But, for some reason, the notion that the dollar is vulnerable at all to the same fate is deemed ridiculous by the mainstream.

This delusion has also recently bled into parts of the alternative economic movement, with some analysts hoping that the Trump Administration will somehow reverse several decades of central bank sabotage in only four to eight years. However, this thinking requires a person to completely ignore the prevailing trend.

Years before there was ever an inkling of a trade war, multiple nations were establishing bilateral agreements that would cut the dollar as the primary exchange mechanism. China has been a leader in this effort, despite it being one of the largest buyers of U.S. Treasury debt and dollar reserves since the 2008 crash. In the past few years, these bilateral deals have been growing in scope, starting small and then expanding into massive agreements on raw commodities. China and Russia are a perfect example of the de-dollarization trend, with the two nations forming a trade alliance on natural gas as far back as 2014. That agreement, which is expected to start boosting imports to China this year, removes the need for dollars as a reserve mechanism for international purchases.

Russia and parts of Europe, including Germany, are also growing closer in terms of trade ties. With Germany and Russia entering into the Nordstream 2 gas pipeline deal despite condemnations from the Trump Administration, we can see a clear progression of nations moving away from the U.S. and the dollar, and into a "basket of currencies".

Energy Secretary Rick Perry has suggested that sanctions are possible over the Nordstream project, but trade war policies only seem to be hastening the international departure from the U.S. as the center of trade influence. American sanctions on Iranian oil support this argument, as China, Russia and much of Europe are working together to sidestep U.S. restrictions on Iranian crude.

China has even instituted its own petroyuan market, and the first shipments of oil from the Middle East to China paid for through a petroyuan contract occurred in August of this year. Mainstream economists like to point out the small portion of the global oil market that the petroyuan represents, but they seem to have missed the bigger picture entirely. The issue is, now an alternative to the petrodollar exists where none existed before. And this is the crux of the matter that needs to be examined: The trend towards alternatives, and all alternatives leading to centralization by global banks.