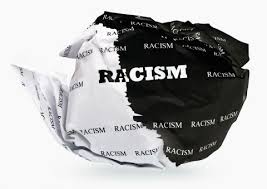 I would like to take this opportunity to clear up this matter.

Am I a racist? This all depends upon how that term is defined. If it means lynching blacks, burning crosses on their front lawns, assaulting them, then, of course, I am not. These are all violations of the libertarian non-aggression principle (NAP) and are uncivilized to boot. On the other hand, I believe there is strong evidence attesting to the fact that whites have made greater contributions to baroque music than blacks, and that the reverse holds true regarding jazz. Similarly, blacks are better runners than whites, and whites are better swimmers than blacks. Also, Orientals, on average, have the highest IQs, whites come next and then blacks. It is my contention that all people who base their views on readily available evidence are racists in the sense of acknowledging these facts.

Am I a sexist? If this means that I think men have a right to molest, rape, women, then, again, of course not. This is a violation of the NAP. On the other hand, I maintain that not all women always tell the truth, about anything. I believe there is strong evidence that the male female wage gap stems not from discrimination, but from unequal on-the-job productivity levels, stemming, mainly, from disparate shares of time spent on household tasks and child-rearing. There is a virtual zero wage gap, zero, between childless never-married men and women. While virtually all abilities are equal, on average, between males and females, the former have a much larger variance (men outrank women in STEM Nobel Prizes, chess grandmaster-ships, but also in homelessness, incarceration in jails, mental institutions), which accounts for the glass ceiling.