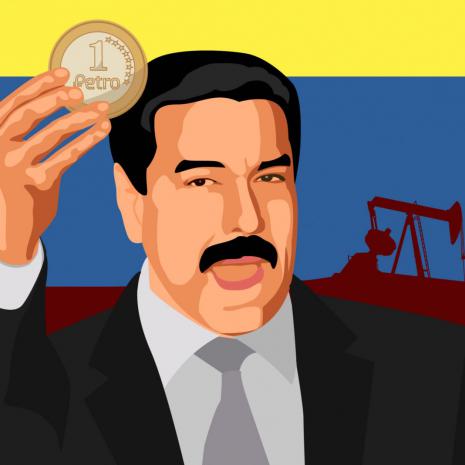 A bipartisan group of senators in the United States are seeking strong sanctions against Venezuela's Petro. The proposed sanctions would extend an executive order from March to prohibit U.S. residents from providing software to the Venezuelan government in its efforts to launch the Petro. The bill, first introduced to Congress on the 24th of September and titled the ''Venezuela Humanitarian Relief, Reconstruction, and Rule of Law Act of 2018," extends upon an executive order signed by President Donald Trump during March that placed sanctions against Venezuela for seeking to bypass existing economic sanctions via the Petro. Further, it prohibits U.S. residents from "provid[ing] software" to the Venezuelan government in its move to launch the Petro.

The bill states: "All transactions related to, provision of financing for, and other dealings in, by a United States person or within the United States, any digital currency, digital coin, or digital token, that was issued by, for, or on behalf of the Government of Venezuela on or after January 9, 2018, are prohibited as of the effective date of this order." The act is described as intended to "provide humanitarian relief to the Venezuelan people and Venezuelan migrants, to advance a constitutional and democratic solution to Venezuela's political crisis, to address Venezuela's economic reconstruction, to combat public corruption, narcotics trafficking, and money laundering, and for other purposes."