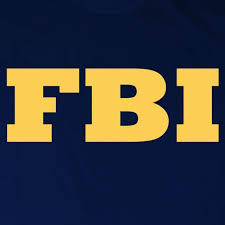 When the FBI came out with a report on Hillary Clinton weeks before the 2016 election, Democrats were livid.

But so were Republicans… The report said that even though she had committed a crime by negligently using a personal computer for state business, she would not be charged.

Democrats later cheered the FBI as the Mueller Probe began investigating Trump. Investigations are the same thing as a guilty verdict, right?

And Republicans fumed when it surfaced that two agents exchanged anti-Trump text messages. They even discussed ways to subvert the presidential election and choose the winner!

And now Democrats are back to accusing the FBI of being a partisan tool used by whoever is in power. That's because an FBI investigation could not prove a 36-year-old sexual assault accusation true.

Clearly, no one feels super confident in the FBI. And of course, we shouldn't. They're sketchy as all hell.

J. Edgar Hoover set the tone when, as Director of the FBI, he compiled a list of disloyal Americans. He's famous for his enemies lists, in fact. But you didn't have to break any laws to be considered an enemy…

Let's not forget that the FBI murdered Vicki Weaver at Ruby Ridge. And they probably assassinated Martin Luther King Jr.–they definitely blackmailed him and encouraged him to kill himself.

More recently the FBI spent three years covering up evidence that they sent snipers to surround Bundy Ranch. They conspired with the Bureau of Land Management to suppress evidence favorable to the Bundy's.

This looks even sketchier in light of their standard operating procedure for entrapping would-be terrorists. They usually provide the plot, equipment, and fake explosives, and then arrest the suspect at the scene.