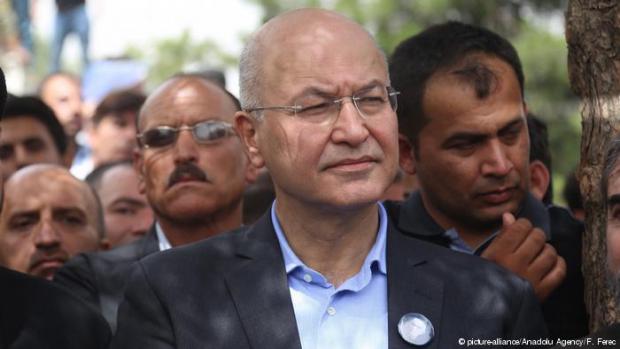 Iraq's parliament on Tuesday elected a new president despite a bitter dispute between the two main Kurdish parties, who for the first time put forward competing candidates.

In Iraq, a Kurd holds the presidency — which is a largely ceremonial role — while the prime minister post is reserved for a Shiite and the speaker of parliament a Sunni.

In Baghdad, parliament voted for Patriotic Union of Kurdistan (PUK) candidate Barham Salih, who previously served as the prime minister of the autonomous Kurdistan region and deputy prime minister of Iraq. Salih is considered a moderate, non-sectarian reformer with good ties with the West and neighboring Iran and Turkey.

Born in Sulaimani in the Kurdish region, the 58-year-old speaks fluent English, Kurdish and Arabic. Known as "Doctor Barham," he received his masters and Ph.D in engineering in the United Kingdom while living in exile during the regime of former Iraqi dictator Saddam Hussein. In the 1990s, he headed the PUK's office in the United States.  He is also the founder of the American University of Iraq -- Sulaimani.